skip to main | skip to sidebar

In this post, I do the release of an issue that I discovered 362 days ago and it was reported to Opera using the SSD program (SecuriTeam Secure Disclosure), but they have decided not to fix it.
Thanks to sinn3r of metasploit.com for his heap spray method for Opera Browser (tested on v11.51 and v11.50) that uses VirtualAlloc. You can try it, setting the target to 1. I will keep both methods to avoid heap spray holes, I mean, if you are trying the exploit with default target and it lands on a hole, change to target 1 and try it again.
But, next results were taken with default target.

By the way, Opera Next was updated two days ago (r1076 -> r1085). I have not had time to get results of this release, but I confirm that it's still vulnerable and even I've seen remote code execution.

In this case, I was looking for success at first attempt, so I needed to find a method that did not use the crash-dialog, kept (by default) the config and did not use the last-visited feature (The next one maybe too paranoic):


The exploit 0day here and here.


You can find more info:
Update (2011/10/17): I want to explain that I do not have an exact date when Opera was reported. As I've explained in my report in spanish, probably it was 10 months ago. By the way, note that they fixed the known as "frameset exploit" in May. However, all the vulnerabilities were reported together.
Update (2011/10/19): Opera has patched the vulnerability with the new version released: 11.52.
Happy (0)day, folks!
Publicado por José A. Vázquez en 20:30 10 comentarios:

I have taken a while and been trying to improve this one, unsuccess. But, I would like to thank to sinn3r and the rest of metasploit members who have tried to get a more reliable exploit. The poc is unstable and the crash is variable. Also I could not lead to more stable/reliable crashes. Anyway, I cannot discard the possibility of DEP bypass. Under some versions, it could be possible (controllable EAX to pivot) but unreliable/unstable. Give me a feedback if you get a poc that improves these issues :)

So far, the final result is not as nice as I wanted. Since I could not publish my ms10-090 exploit, you know, someone discovered before I could publish :) I am glad to get released this one and probably it does not come alone.

Fig. 1: Reliability table.
It is important to notice that most of versions will not work at first attempt. Although it is possible and I have seen it: The crash-dialog helps here and the table above is based on it.

Just the poc for my (and not only my finding) last IE (use-after-free) vulnerability:

You will find an awesome work, exploit, even new targets (IE6/IE7) in d0c_s4vage's blog.

This is old stuff, which i should have posted before, discovered in Mozilla websites several weeks ago:

I will provide some details about them.
1. CSRF (saved searches) in bugzilla.mozilla.org

CVE: http://cve.mitre.org/cgi-bin/cvename.cgi?name=CVE-2011-0046
Description: Saved searches for bugzilla user's panel are not protected against CSRF attacks and it could be used to add bullshit.

Description: User profile could be changed using a CSRF attack. 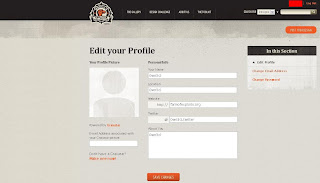 PoC: Register to developer.mozilla.org and then, come back to check your mail. This site sent your password in plain text.
Sec-Severity: High

On the other hand, Mozilla security team solves these issues quickly.
That's all. Be safe ;)